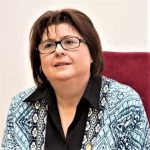 Alina Mungiu-Pippidi is Professor of Democracy Studies at the Hertie School in Berlin, where she chairs the European Research Centre for Anticorruption and State-Building (ERCAS). She is also the President of the Romanian Academic Society (SAR). Alina consults for various governments and international organizations and contributed to the World Bank Development Report, the International Monetary Fund, the European Parliament as principal investigator on ‘clean trade’, the Swedish Government on the effectiveness of good governance assistance programs, the EU Dutch Presidency on trust and public integrity in EU-28, the European Commission DG Research on governance innovation, and the United Nations Office on Drugs and Crime (UNODC) on measuring corruption, among others.

Alina was the designer and co-principal investigator of various research projects, such as FP7 ANTICORRP (2012-2017), EU Horizon 2020 DIGIWHIST (2015-2018), and others, which resulted in the creation of the public contracts repository Opentender.eu, the public accountability tools repository Europam.eu, and finally www.corruptiorrisk.org. Prior to 2010, she has created, led and inspired civil society anti-corruption coalitions in her native Romania, Western Balkans, Moldova and Ukraine. 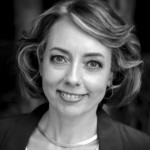 Janine R. Wedel, a social anthropologist, is a University Professor in the School of Policy, Government, and International Affairs at George Mason University and is currently affiliated as a visiting researcher with the Hertie School in Berlin. She writes about governing, corruption, and the influence of elites through the lens of a social anthropologist. Wedel is co-founder and president of the Association for the Anthropology of Policy (ASAP), a section of the American Anthropological Association. She is the author of award-winning Unaccountable: How Elite Power Brokers Corrupt Our Finances, Freedom, and Security (Pegasus, 2014); the Shadow Elite: How the World’s New Power Brokers Undermine Democracy, Government, and the Free Market (Basic Books, 2009); and Collision and Collusion: The Strange Case of Western Aid to Eastern Europe (Palgrave 2001), among many other books and articles.

Álvaro López Guiresse works as a data analysis consultant for ERCAS, responsible for managing the centre’s databases. He holds a master’s degree in Public Policy obtained in 2018 at the Hertie School in Berlin and a bachelor’s degree in business economics and a master’s in macroeconomics obtained in 2011 at the Pontificia Universidad Católica de Chile (PUC). As a Master of Public Policy student, he supported ERCAS’s research, worked at WZB’s LATINNO database, and completed an internship at OECD. Álvaro is currently a public servant in Chile in the field of statistics, conducting survey validation and imputation of economic microdata. Previously, he worked in the Chilean financial sector at BancoEstado, Provida-Metlife pension fund, and ComDer. 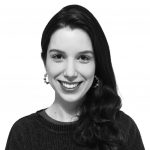 Débora Ferreira is responsible for ERCAS communications and manages projects ran by the research centre since 2020, notedly the Transparency Index (T-index). She has a master’s degree in Public Policy obtained in 2018 at the Hertie School in Berlin, with a major in policy analysis. Débora has also been a lawyer and legal consultant for several years, specialized in public and regulatory law. She completed her Bachelor of Laws in 2013 at the Universidade Federal de Minas Gerais (UFMG) in Brazil, after an exchange semester at the University of Augsburg in Germany. Prior to joining ERCAS, Débora worked as a public affairs consultant in Berlin, advising among others the Georgian Ministry of Foreign Affairs.

Gresa Smolica is currently pursuing her Master’s degree in Data Science for Public Policy at the Hertie School, where she also supports ERCAS’s projects. Gresa has completed her Bachelor’s Degree in Political Science at the University of Prishtina, Department of Philosophy. As a strong civil society activist, she has developed her professional engagement by contributing to several organizations and think tanks in Kosovo and Albania in the area of anti-corruption, public procurement, and the judiciary. In addition, Gresa is also supporting the Open Contracting Partnership as a Public Procurement Consultant on the reforms led by Kosovo and Albania in the digitalization process of public procurement systems. 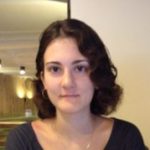 Maria Mamedbekova is currently pursuing her Master’s degree in Public Policy at the Hertie School as an OSUN Fellow. She received her bachelor’s degree from the Institute of International Relations at Taras Shevchenko National University of Kyiv, Ukraine. In parallel to her studies, Maria is a Manager and Junior Researcher at the Anti-Corruption Research and Education Centre at the National University of Kyiv-Mohyla Academy (ACREC). Prior to joining Hertie, she was part of the research group “Civil Society against Corruption in Ukraine”, conducted with Leiden University (2018-2019), and of the research project “Asset management as a function of ARMA”, conducted with Transparency International Ukraine. Maria was also involved in the project “Anti-Corruption Walks Kyiv” and in the Mentoring Support Program “Capacity-Strengthening of Local Anti-Corruption Initiatives in Ukraine”. Working with ERCAS, Maria will support ACREC in mapping corruption opportunities in Ukraine in the war and post-war context and develop preventive solutions. 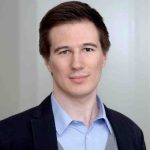 Roberto Martínez B. Kukutschka works as a Research Coordinator for Transparency International. He conducted research for the large-scale EU-funded Projects ANTICORRP and DIGIWHIST for the European Research Centre for Anti-Corruption and State-Building (ERCAS). Roberto is a governance and anti-corruption expert with over ten years of experience and with a special interest in the measurement of corruption and the distortions that corruption causes on the market. Besides his experience in the NGO and academic sectors, Roberto has also worked for the public sector in Mexico and has served as a consultant for a number of development agencies, as well as for the European Commission and the Council of Europe. 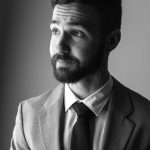 Alejandro Conejero is a political activist from Venezuela. He served as a policy advisor for the parliament’s finance & economic committee in 2019. He was awarded with the European and International Cooperation Scholarship from the Konrad Adenauer Stiftung in 2020, and he currently participates in their network to promote democracy, representation, and political participation. In 2022, he graduated with a Master’s in Public Policy from the Hertie School. Conejero has worked with ERCAS in projects to assess corruption risk and participated as a guest speaker at World Bank events to train public servants in governance indicators and anticorruption policies. He advocates for democracy promotion, as well as writes about governance quality and natural resource-dependent economies.

Many thanks to ERCAS’s regional experts for the contributions to the Transparency Index and the Corruption Risk Forecast 2021, now featured on www.corruptionrisk.org: