We need to collect needs based on multiple sources, involve civil society from planning to audit, set targets for both the public procurement process and outcomes and tie them to the performance evaluation of a newly trained generation of public managers in charge of allocating and managing reconstruction funds.

Nothing creates more opportunities for corruption than war. But a war where foreign money pours in is bound to multiply exponentially such opportunities, especially in an already enabling environment. An estimation based on Forbes billionaires database by The Economist magazine found that in 2021, Russia topped the world when comparing crony versus non-crony sectors’ contribution to GDP: but Ukraine also came in fifth place, nearing 40% of Russia’s bad performance (see Figure 2). However, Ukraine had embarked in a variety of serious reforms prior to the Russian invasion (see Figure 1): but none triggered the self-sustainable virtuous circle able to clean the country, in a manner similar to the earlier success stories of Estonia and Georgia. Hence the lack of popularity of both Presidents Poroshenko and Zelensky with Ukrainian civil society before the war.

This short text presents five clear issues that the reconstruction has to grapple with and indicates the type of solutions. This is not a detailed report, but simply a statement of principles needed for a sound reconstruction.

Figure 1. Enablers and disablers of corruption in Ukraine 2021.
Source: www.againstcorruption.eu

Issue number one is how to organize an evidence-based needs assessment. Public procurement is often corrupted before it has even taken place, by discretionary purchases or distorted terms of reference. A central system based on a validation mechanism (at least two sources) and a decentralized and plural data collection, relying on transparently published needs statement at the local level may alleviate a part of the risk. Due consideration needs to be given to avoid the reconstruction turning into either a Samaritan dilemma, where the purchases are driven by the needs of the suppliers rather than the ones of the buyers, or a locally captured process, where higher kickbacks from more concentrated rents get priority over the rest. At such a scale of destruction, this is no easy task. This is why the collection of information should rely on civil society (in the broadest sense- including the private sector and communities, not only NGOs), on local government and central government, with findings triangulated in a central mechanism (as an online map with various categories). This can be completed with special reports on specialized areas commissioned to international NGOs which have experience working in disaster areas of developing countries.  Development agencies such as the World Bank or UNDP could contribute to the centralization of the needs assessment. 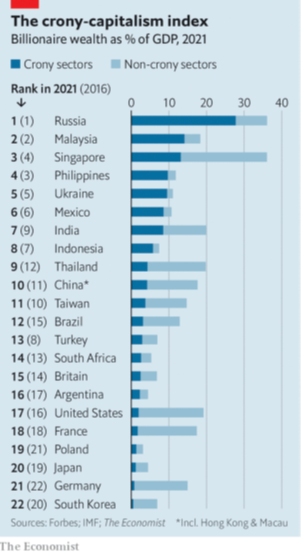 Issue number two is how centralized should the reconstruction process be. It is natural that the government of Ukraine wants to have ownership of the process, but we know from international experience that the ownership that guards against corruption is one exercised by the whole society, not just the recipient country’s government. The proposals of civil society to create a central purchasing body run by NGOs, both national and international are too radical to have a realistic choice of being accepted. However, a middle ground exists. The model, albeit just as a starting point, are the integrity pacts that the European Commission funds to enable civil society: Transparency International and national anticorruption NGOs- to audit the procurement process at the national level. As it stands, the model (funded by DG Regio) is a good idea poorly put into practice. The governments select what contracts civil society can audit (therefore setting aside those that matter to them), and the process is technologically primitive, based on a few observations instead of the observation of all data and follow-up of red flags. For Ukraine, which already has pro-Zorro, a far better process can be constructed, where civil society is involved from the writing of terms of reference to the allocation, negotiation, signing and execution. Such a process would also create a sustainable model of good governance where representatives of the entire community would be involved on a permanent basis in procurement decisions. Central purchasing bodies tend to reduce corruption risk, but the involvement of civil society, especially the one with relevant knowledge and representation (geographical or sectorial) would be in this case the key to building sustainable good governance in Ukraine, both at the central and local level.

Issue number three is how to shift from post-factum anticorruption – after the corruption act has already taken place- to preventive anticorruption, which deters corruption from the onset. No successful control of corruption has ever worked post-factum except where corruption was already exceptional and isolated and public integrity the norm. Convictions in Courts take years even in countries where they happen, and they can get reversed: recovering assets is highly expensive and takes years. Turning judiciaries which are themselves problems into solutions to corruption is highly unrealistic, although building a non-corrupt and effective judiciary is a worthy goal- in itself. Ukraine has already invested too much in the top architecture, with very high political risks as we have seen (US presidential candidates fighting over who gets appointed general prosecutor in Ukraine!). Ukrainians proved great solidarity and resilience after the invasion, showing that the main institutions work, and the public cooperates with the state as in a high-trust society. The existential threat helped the nation get together. So, an anticorruption focused on the past, on repression rather than prevention would not achieve control of corruption but might bring political risks that Ukraine can do without. After the war ends, the anticorruption of Ukraine should focus on reforms: to eliminate the sources of economic privileges, the monopolies and oligopolies of every sector rather than spend years putting in jail those who profited in earlier times from such political opportunities. Ukraine needs sustainability and national consensus, and profiteers of earlier times who survive the war can always be overtaxed to bring their contribution. But the fight against them should not absorb the core resources and energy.

Issue number four is how to achieve this functioning, self-driven prevention system. Ukraine has previously done many reforms: but, prior to the invasion, the Ukrainian civil society complained that while transparency is perfect, it only allows seeing how corrupt the country is because accountability is missing. Figure 1. shows that Ukraine has indeed arrived on top of the world when administrative transparency was concerned. But that is not enough. Anticorruption is like a bicycle, which manages to stand as long as it runs: but its separate pieces are worthless if they do not amount to a full-running bike. Transparency is only one wheel: accountability is another, and different parts of the government are supposed to deliver these different wheels. Pro-Zorro was a model monitoring system of procurement when e-procurement was concerned. But the responsibility and accountability of procurement are not with the public procurement agency (PPA). Nowhere do PPAs manage the last part of the cycle, accountability, which belongs to the government. The role of the monitoring agency is to show exactly what buyers (contracting authorities) from the government fail to reach the targets of competitiveness, value for money and integrity: an administrative sanctions mechanism needs to be in place to discipline the buyers, who are appointed by the government. The sanctioning is generally done by auditors when finding procedural problems and Ukraine did not have a high rate of sanctions prior to the war. In 2021, 265 officials were subject to disciplinary sanctions, of which 45 were dismissed from their positions and 274 were subject to financial liability from the 1,500 enterprises, institutions and organizations that were inspected by Ukrainian State Audit Agency. However, we know that favouritism in public procurement is not always openly illegal: single bidding, the main indicator of corruption, that the European Commission has now used to motivate the sanctioning of Hungary, is legal in most countries (meaning that the bidding process is not suspended and reorganized if only one bid is presented). What is needed is that the government itself sets targets (as the EU Public Procurement webpage indicates) and sanctions its PP buyers if they do not meet them, even in the absence of evidence of fraud in order to ensure the integrity and value for money of the process. A simple rule for integrity could be that no bidding is allowed outside pro-Zorro, that the admissible single bidding is allowed only on the EU-27 average (currently very high at around 20%, see Figure 3) and that all single bids instances are automatically audited with priority.

How many public officials were sanctioned or dismissed due to their incapacity to meet the standards of an effective and clean public procurement? An effective prevention system is not based on a case-by-case investigation, followed by prosecution, but by the existence of clear targets and their enforcement by monitoring followed by administrative sanctions. Aside from transparency (pro-Zorro), and accountability (PP targets enforced by administrative sanctions), the system needs some Government Buying Standards to define product specifications, including price, which should be mandatory for the central purchasing agency and other buyers.[1] Seeing that due to the war the Ukrainian government had to even fix some prices the development of a permanent cost standard unit would answer more needs than one.

The final issue is about the human resources needed for a clean and effective management of reconstruction at all levels (from national, down to towns and villages). In environments such as Ukraine (countries with similar corruption indicators in times of normal, non-war situations) the administration is very politicized: who appoints those directly in charge of procurement purchases, for instance, decides de facto who wins and who loses a bidding process. Those who should disburse administrative sanctions are in fact those who decide who wins and who loses. Where should the human resource come from for the reconstruction money to avoid a return to the vicious circle where the principal and the agent collude, with the result of government favouritism? Aside from the macro-organization solutions suggested here, a small share of reconstruction funds should go into creating new project management procurement experts and auditors, by training a new force of civil servants and civil society as integrity compliance officers who would then become the backbone of an integrity system. This reconstruction is not business as usual: and neither should be those who work for it.