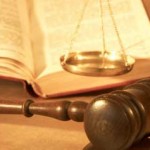 After the contested prosecution and conviction of opposition leader Yulia Tymoshenko last year, the handling of recent criminal cases by the police, such as the one involving the 19-year-old Oksana Makar, has given additional evidence of how enforcement institutions and the justice system in Ukraine are continuously subject to political influence.

The Makar case created outrage among family and friends of the victim, who was raped and set on fire, after it was reported that two of the three suspects on the case were sons of government officials and were released from police custody. Following the uproar, President Viktor Yanukovich intervened to have the two suspects re-arrested and dismissed four local officials involved in the investigation.

This case was taken as a clear example of political interference in law enforcement agencies and the courts. According to Eduard Bagirov, head of the International League for Protection of Ukrainian Citizens’ Rights, judicial decisions influenced by interests of the presidential administration are not uncommon. Another manifestation of such interference is through selective prosecution, as is argued about the Tymoshenko case.

Andriy Portnov, presidential adviser on judicial affairs, acknowledges that the system needs to be reformed. One weakness is that the system does not foresee jury trials and decisions are taken either by one or two judges. Moreover, Portnov claims that social and cultural factors also contribute to limited independence in the judiciary. Still influenced by a mentality of privileges prevalent since the Soviet period, it is common that law-enforcement officials, including judges, refrain from taking procedures against high-ranking officials and wealthy individuals.

Measures to make law enforcement more efficient and independent are already underway. Hundreds of criminal and administrative procedures against law enforcement officials accused of misconduct have taken place in the past years. A new code for criminal procedure is about to be passed in Parliament. Improvements in recruitment and career of judges have also been introduced.

For more details read the article “In Ukraine, scales of justice often imbalanced” on reuters.com.