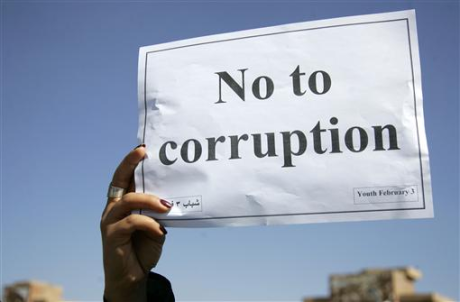 It has been fifteen years of awareness raising, a joint effort by World Bank and Transparency International (TI), plus a score of other NGOs and journalists. And it worked. A 2011 Eurobarometer survey shows that even Finns in nearly corruption-free Finland have now come to think that corruption is a problem. By 2012, no less than 161 state parties have ratified the United Nations Convention against Corruption (UNCAC), which came into force on 14 December 2005. In articles 7 (public sector) and 9 (procurement), the treaty spells out the modern principles of efficiency, transparency, merit, equity and objectivity as the only accepted governance norms. It also goes far beyond the criminalisation of bribery or influence trading, stating in article 1.c that it will ‘promote integrity, accountability and proper management of public affairs and public property’. In other words, UNCAC sets universal benchmarks of good governance thus ending cultural relativism.

But the implementation gap remains huge. It may very well be that we have only succeeded for the next interval in time to enlarge the difference between the formal institution (UNCAC), and what is really going on in the world. We find that countries which have ratified the treaty have not progressed significantly more than those which have not. Moreover, those who adopted its main tool, an anti-corruption agency, are not doing better than those who fought corruption through normal judiciary channels. In fact, neither of them have progressed. Even when both external funds and conditionality are at a maximum, evolution is scarce, if any. Look at EU member states, for instance: countries such as Greece, Romania and Bulgaria illustrate that. In the case of Greece, its problems are for the first time acknowledged in full.

The recently released 2012 Corruption Perceptions Index (CPI), by Transparency International, shows that two thirds of the 176 countries assessed score below 50 on a scale from 0 to 100 (perfect corruption control). Data from the Worldwide Governance Indicator (WGI) Control of Corruption, published by the World Bank, are also pessimistic in this respect. On a panel of 196 countries ERCAS researchers found that for the vast majority of them the scenario is of stagnation. Only 21 countries showed statistically significant improvement, and 27 countries significantly regressed. In a regional perspective, some positive trends were identified: the region with strongest positive development was Central Europe and the Balkans, followed by Latin America and the Caribbean. On the other hand, Middle East and North Africa, together with Asia and the Pacific, have on average worsened.

We also checked the trends for distinct groups of countries based on income level and democracy status. In both cases, the picture is rather gloomy. For all four income groups (low, lower-middle, upper-middle and high), the average in the control of corruption indicator has declined since 1996, with a steeper deterioration in the case of upper-middle income countries. When contrasted with the significant increase in the number of countries in the top two income categories, these results suggest that countries are becoming richer much faster than they are catching up with good governance standards.

Much of the concern with corruption in the last fifteen years emerged due to evidence of its detrimental impact on growth. The last two decades have produced over 16.000 entries on Google Scholar with ‘corruption’ in the title, the last ten years returning nearly four times more articles than the previous ten. The most quoted paper in the lot is “Corruption and growth”, by economist Paulo Mauro from the International Monetary Fund (IMF), which claims corruption damages growth significantly and sizably. Nevertheless, Transparency International acknowledges in its comments to the 2012 CPI that ‘[a]ll but one of the world’s fastest growing economies scores less than 40 out of 100’. In other words, we have nearly no growth success due to progress on governance to show. The few which exist are disputed. Estonia, Georgia, Uruguay seem to be the top contenders among democracies.

On the relationship between improvement in control of corruption and democracy, it is rather difficult to judge the countries where political pluralism is low, from Singapore to the United Arab Emirates, a new champion of good governance, and from Botswana (where the dominant party always wins elections) to new best reformer Rwanda (where the opposition is not doing so well). In the analysis of countries at different democracy levels, based on the classification by US-based NGO Freedom House, all three groups of countries (free, partially free and not free) show on average slight deterioration in control of corruption.

It will probably take the next fifteen years for the growing international anti-corruption expert community to make the step to more effective policies. To start, instruments must be improved to arrive at better indicators, more sensitive to policy intervention and to change over time. It is hard to believe that Rwanda is doing better than Czech Republic, Ghana better than Romania and that Italy and Tunisia are practically similar, as the latest CPI suggests. Also the links between corruption and development, or corruption and pluralism, need to be better understood beyond the slogans of the last fifteen years. And finally, the focus on bribery, worthy as it is, should be re-examined. There must be more to corruption if so many anti-bribery efforts have produced so little effect. What we aim to eliminate is any favouritism from the government and to create states autonomous from private interests. We should stop thinking that they are so by default and that bribery is only an occasional trespass on this rule, and understand that in all highly corrupt countries the state has simply never managed to become autonomous from the interests of a ruler, oligarchy or elite, who do not need to bribe, as they have the power to use public resources as their own. Placing bribery in the bigger picture would also allow us to understand why two thirds of citizens around the world are so pessimistic about the impact of anti-corruption even in the future. They understand it as it is, as a vicious form of social order structuring whole societies and economies, and, due to globalisation, corrupting even across those borders where a superior equilibrium, based on more fairness and integrity, was reached. But control of corruption should not be conceived as a temporary exercise, but as a permanent one. Once we understand that control of corruption means that societies themselves need to have the collective action capacity to constrain any particular interests which would capture the state, rather than the state itself punishing a few culprits in an otherwise well-ordered society, we are on the right track for a more effective next anti-corruption generation.

(The picture featured above is from www.trust.org and is credited to Reuters/Khaled Abdullah Ali Al Mahdi.)