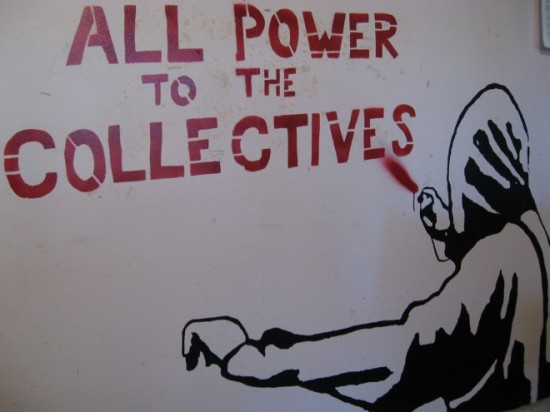 Academic research has for a long time been engaged in exploring what brings freedom and democratisation about, but has been much less concerned with the factors that lead to the fulfilment of its main purpose, namely the fair and equal treatment of citizens regardless of status or connections. In a new article recently published in the Journal of Democracy, Prof. Alina Mungiu-Pippidi discusses how societies can ultimately reach that goal, by empirically testing theses originally put forth by classic political thinker Alexis de Tocqueville.

The author starts from the observation that most new democracies have succeed in the first step, that is, in introducing free elections, but instead of making all the way to a governance regime truly based on ethical universalism, they are trapped in an intermediate but very stable stage of competitive particularism. In this mode of governance, individuals are not treated equally by state, but rather some of them are treated as above the law and have privileged access to public resources. Differently than authoritarian, patrimonialist regimes, public resources are no longer appropriated by a single ruler, but they are appropriated nonetheless, now by a few elites that compete for power. That is why many countries where free elections have been introduced in the recent past still struggle with systemic corruption in the form of widespread particularism.

Thus the main question in the study’s background is: how can societies evolve away from a governance regime based on competitive particularism towards one grounded in ethical universalism? According to Mungiu-Pippidi, the reason why competitive particularism is so ubiquitous and stable in new democracies is that the society at large, which loses from unfair allocation of resources in favour of few privileged groups, fails to impose normative constraints on those groups, which would prevent them from continuing with their predatory behaviour towards public resources.

The solution to this problem, she argues, is the development of normative constraints in the form of strengthened accountability of those in power, and this must be fostered by collective action of an “active and enlightened citizenry”. Once a significant part of the society, including a part of the elites, believes in ethical universalism as a superior mode of governance, and is determined to act for its prevalence, the path to good governance is laid down. But how does that come about? Based on Alexis de Tocquevilles’s analysis of American society, civil association, political participation and an active press are fundamental to foster collective action, as they reduce the costs of articulating citizens towards common goals. It is thus this accumulated capacity for collective action that makes all the difference in societies that manage to achieve and consolidate good governance.

Mungiu-Pippidi puts this thesis to an empirical test. She first tests whether civic and political engagement in fact go together. Using data from the World Values Survey for 68 countries between 1995 and 2008, she finds that political party membership is significantly associated with the number of civic voluntary associations, while controlling for income, religion, experience of democracy, education and age. She then tests the strength of normative constraints as a predictor of control of corruption levels in a pool of 153 countries. Using the control of corruption indicator compiled by the World Bank, she finds that press freedom, internet connections, Protestantism and number of civil society associations, as proxies for normative constraints, are significant predictors of control of corruption, also when controlling for development.

Despite these findings, Mungiu-Pippidi highlights that we cannot take for granted that these elements will necessary lead to increased normative constraints and, consequently, improved control of corruption. In the case of press freedom, for instance, it is often the case that the media itself is the target of predatory control by competing elites, and instead of serving the public interest are used for partisan purposes. Another limitation is the lack of a solid network of civil society organisations in many parts of the globe, where often all that exists is a handful of activists engaged in the promotion of normative constraints against corruption, who unfortunately don’t have the resources to effectively change the rules of the game in their societies. However, she also points out that here the donor community could play a larger role in fostering such forces towards the strengthening of normative constraints and more effective anti-corruption efforts at the national level in many developing countries. In this respect, the finding regarding the role of internet connections also offers great potential for targeted action to facilitate collective action in such environments through the promotion of online platforms.