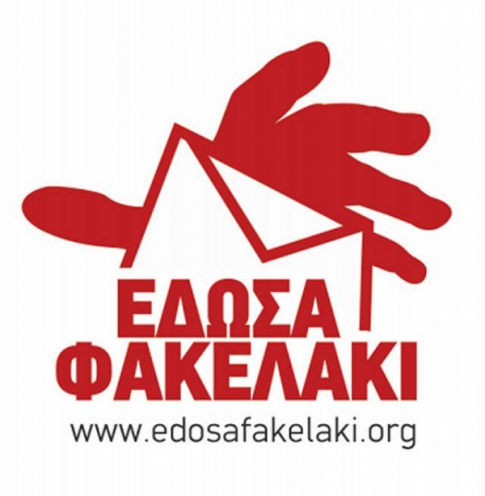 Following its severe economic crisis, Greece has experienced a significant fall in income and rising unemployment, and some reports indicate that corruption is also on the increase. In the last edition of Transparency International’s Corruption Perceptions Index, released in 2012, Greece appeared as the most corrupt country in the European Union (EU) and ranked 94th out of 174 countries, plunging from the 80th place in 2010. It ranked below Colombia and Djibouti and just ahead of Moldova and India. In response to this trend, civil society has been reacting with increased engagement against corruption, not only through protests, but also with grassroots initiatives to raise awareness among the population and influence decision-makers to take measures against this phenomenon.

Kristina Tremonti’s is an example of such engagement. Last October she initiated a whistleblowing online platform entitled Edosa Fakelaki, which translates as “I gave an envelope”, in a reference to the ubiquitous envelopes with money that are used to pay bribes for public services in the country. The project is a replication of the initiative I Paid a Bribe, originated in India and already implemented in other countries, such as Kenya, Indonesia and Zimbabwe. Her motivation to start the project came from her personal experience with bribery in the healthcare system, as her grandfather was sent to the hospital with terminal cancer but only received treatment once her family paid a bribe of around 300 euros.

The website has already gathered over 1,600 anonymous stories of corruption amounting to more than five million euros in bribes. According to the reports, healthcare is the service where bribes most commonly take place (34%), followed by the issuing of driving permits (10%). In an interview, Ms. Tremonti declared: “Rooting out corruption will allow for social and economic recovery. I cannot stress this enough. We can make our country more fertile for growth by taking out the weeds which hinder it – and corruption is a weed.” She believes that, by generating concrete data on payment of bribes in Greece, the project could contribute to increase pressure on the government for taking more effective action to fight the problem.

Another similar online platform for reporting corruption has been created by Diomidis Spinellis. He is a former general secretary of information systems at the Greek Ministry of Finance, recognized for his anti-corruption advocacy. Spinellis quit his position, because he was not able to modernise data collection within an outdated tax system which the government was unwilling to reform.

These initiatives face some clear drawbacks related to the self-reporting of bribes, as bribes in certain sectors are less likely to be reported than in others. One case that illustrates this is the tax system. Corruption in this area is one of the biggest concerns in Greece. Moreover, tax evasion is known to be endemic and is one of the sectors in which the European Commission has requested the government to work on. However, there are relatively few cases of tax evasion reported on such whistleblowing online platforms. Statistics from Edosa Fakelaki show that only about 3% of posts refer to bribing tax officials. As Tremonti explains, “this is because bribing a tax inspector is only likely to happen when someone is trying to evade tax, making them unlikely to want to tell people about it, even anonymously. It is an obvious drawback of any self-reporting system”.

Spinellis also raised the issue of corrupt tax inspectors, which leads to prevalent tax evasion in Greece. He points out the disproportionate effect of this phenomenon on certain underprivileged social groups: “corruption seems to be targeting the most vulnerable members of society, so people who are less informed, who know less about their access to public services, who have less education, who don’t know the tax code. They get blackmailed by the people who are supposed to serve them and this is very sad.”

(The picture featured above is from verena.gr.)