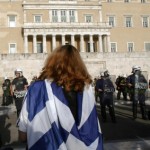 Transparency International’s national chapter in Greece has released their fifth National Survey on Corruption, conducted in November-December 2011. The results show an overall decrease in the average cost of bribes and changes in the population’s perception of some corruption acts. Petty corruption in the public sector has slighly increased, with 7.4% of respondents reporting corruption […]
04 Apr 2012

Yevgeny Urlashov (pictured here), considered as an anti-corruption crusader, has been elected mayor of Yaroslavl, a large city located about 250 kilometers from Moscow, with 70% of the votes last Sunday. The victory by a large margin against the incumbent mayor, from Vladimir Putin’s United Russia party, was seen as an important boost for the […]
30 Mar 2012

Under President Saakashvili, the Georgian government has implemented numerous reforms, including measures directed at tackling corruption. However, there is continuous evidence that the country still needs significant improvements in terms of press freedom, and that the government maintains strong influence over media reports. A recent case involving the suspicious death of a man in policy […] 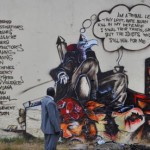 A group of graffiti artists have been using their artistic skills to urge Kenyan citizens not to vote to politicians seen as corrupt in the next elections, likely to be held in the end of this year. Their murals portray members of Parliament as vultures in suits and associate these figures with embezzlement and ineffectiveness. […] 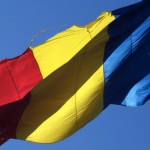 Recent convictions of high-level public officials, such as judge Georgeta Buliga and former prime minister Adrian Nastase, seem to show that Romania is strengthening efforts to curb corruption, in response to pressure from the European Union (EU). However, some people remain skeptical about how sustainable these efforts are and whether they will bring about […]

Last year, Dr. Martin Konečný, a doctor at a psychological clinic close to Karlovy Vary, broke patient confidentiality to denounce one of his pacients, a former policewoman convicted for bribery, who had told him that she was negotiating a presidential pardon of her sentence in exchange for a pay-off to President Václav Klaus (pictured here). […] 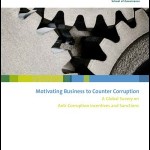 The Humboldt-Viadrina School of Governance, located in Berlin, has begun a project to examine ways to motivate businesses to counter or refrain from corruption. Within the scope of this initiative, a report has been published with the results of a global survey with 223 anti-corruption experts not only from the business sector, but also from […] 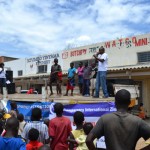 Citizens to Protest over Power Cuts in Zimbabwe

Association GOLOS conducted independent long-term and short-term monitoring of federal and regional elections set for 4 December 2011. The monitoring was performed in 48 regions of Russia. GOLOS obtained information from correspondents of newspaper Grazhdanskiy Golos" who acted as electoral observers, expert interviews with representatives of political parties, NPO leaders, members of election commissions, as well as from citizens who reported violations in the course of campaigns – both to GOLOS representatives in person and through the ‘Map of violations at elections’.

Weekend of Massive Protests in Russia

Tens of thousands of Muscovites protested on Saturday alleged electoral fraud and urged an end to Prime Minister Vladimir Putin's rule. Demands repeated at other rallies across the country in the largest public show of discontent in post-Soviet Russia.

The results of the latest Eurobarometer survey, published by the European Commission last week, reveal that citizens continue to see corruption as a central challenge in most European countries, and in some of them corruption is even considered to be increasing.

Prominent anti-corruption activist Faustin Ndikumana (pictured here) has been arrested in Burundi after claiming that judges were being forced to pay bribes in exchange for their appointment. The reason for his arrest remains unclear, as no official charges have been pressed against him yet and no trial date has been determined.

Russian blogger and anti-corruption activist Alexei Navalny (pictured here) has launched a new initiative aiming at curbing fraud in the next presidential election, to take place on March 4th. The project, entitled RosVybory, seeks to recruit voluntary monitors for the precints where violations were already uncovered in the last parliamentary elections on December 4th.

Sierra Leones government has launched an online database to increase transparency in the natural resource sector. The online repository includes information on revenue and transfers related to mining activities and on mining companies licenses. The initiative is supported by international donors and is part of the government's efforts to comply to the Extractive Industries Transparency Initiative.

New Study on the Use of Social Media in Fighting Corruption

The UNDP office in Slovakia has published a report exploring the use of social media to fight corruption in the former Soviet countries. The document examines existing literature on the topic and also takes a closer look at specific anti-corruption initiatives, with the aim of identifying main success factors.

The World Bank has launched a report documenting Georgias successful efforts in fighting corruption since 2003. According to Philippe Le Houérou, World Bank Vice President for Europe and Central Asia Region, Georgia's case shows how the vicious cycle of endemic corruption can be broken with the right policies.

A new civil society initiative has been launched to help curb corruption in South Africa. Corruption Watch, initiated by the Congress of South African Trade Unions (COSATU), was founded as a non-profit organization to collect, analyze and publicize information about corruption cases received anonymously from whistleblowers through a website and a cellphone message hotline. Additionally, the organization will take complaints to law enforcement authorities for further investigation.

Transparency Internationals national chapter in Romania has released a new National Integrity System study revealing that the public administration, political parties and the business sector are the most vulnerable components of the countries governance system. The relationship between political and interest groups and the public sector, marked by the politicization of public office and high level of discretion in the allocation of public resources, is pointed out as one of the main factors behind widespread corruption in the country.

An article published by CNN compares main characteristics of campaign finance in selected countries and shows the different ways in which money manages to maintain its influence in politics in most of those nations.

A system of social audits implemented by the Indian Ministry of Rural Development seeks to curb widespread corruption in the management of a large job guarantee program that represents half of the ministrys budget. In the social program, beneficiaries are employed as civil workers for 100 days and receive minimum wage. However, fraud involving the payment of benefits is common and cases of ghostworkers and violations of procurement procedures abound.

An article by Eleanor Kennedy published on Transparency Internationals blog highlights how the lack of efforts to protect whistleblowers, associated with cultural and social elements, remains an important obstacle to fighting corruption in Central America.

The Central Vigilance Commission, an anti-corruption government institution in India, has called on schools associated with the Council of Indian School Certificate Examination (CISCE) and the Central Board of Secondary Education (CBSE) to found student integrity clubs, with the objective of raising awareness among students about the need to fight corruption.

I Paid a Bribe Initiative Launched in Kenya

The I Paid a Bribe" project, a successful initiative implemented in India by the NGO Janaagraha, has now for the first time been replicated in another country, and is being implemented in Kenya since last December. According to Anthony Regui, the founder of the initiative in Kenya, the website (http://www.ipaidabribe.or.ke/) has already registered 300 bribery reports.

Human Rights Watch released recently a feature on the development of Russian civil society in the last years and its current situation. An article by Carroll Bogert, deputy executive director of the organization, emphasizes how civil society has grown since the collapse of the Soviet Union and how active it has become, as shown by the numerous demonstrations following fradulent elections last December.