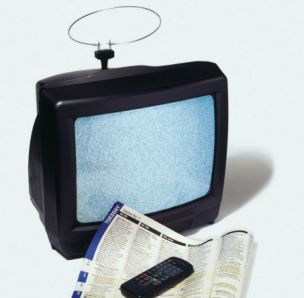 The interference of politics into Georgian media, particularly in the television sector, has been discussed in many studies on the country. A new report by Transparency International Georgia, released last month, re-examines this issue in light of the current electoral scenario. The study – entitled “Georgia’s Television Landscape” – finds that, despite recent changes in the legislation regulating the media sector, several broadcasters and providers in the sector are kept under the influence of political parties, or face attacks and intimidation.

The report highlights that the high political polarisation that has characterised the current electoral campaign has been reflected in partisan reporting from virtually all main TV stations, which take either a clear pro-government stance or openly support the opposition candidates. Based on survey data from Caucasus Research Resource Centres (CRRC), the report shows that this partisanship in TV media is clear to most viewers, as the majority of respondents claimed to perceive none of the channels with daily news coverage as politically independent. According to another report on media sustainability published by the organisation IREX, the Georgian government exercises pressure over TV outlets in several ways, such as favouring pro-government media with state advertising, pressuring private advertisers to not collaborate with independent media channels, offering financial support to television channels that commit to provide an allegedly objective coverage of current affairs, and also by carrying out selective tax inspections. TI-Georgia’s study also describes how several companies with strategic positions in the television sector have faced a series of difficulties in the past months. Some of the examples mentioned refer to investigative journalists having their equipment stolen, service providers to opposition-oriented broadcasters receiving fines after a tax audit, and channels supporting the opposition coalition having tens of thousands of satellite antennas seized based on vote-buying allegations, among other things.

In a country where television is the main source of current information for most citizens – about 80% in Tbilisi and 92% outside the capital –, the implications of this political polarisation on the quality of information that people receive are tremendous. Survey data from CRRC show that the two most popular TV stations are still the pro-government Imedi and Rustavi 2. However, the role of other channels with a more critical view of the government has increased due to funding (either direct or through advertising) by the opposition coalition Georgian Dream, which is led by billionaire Bidzina Ivanishvili.

In the past years, important legislation has been introduced to minimise some of the problems that have been associated with the political influence over TV media in the country. An important achievement, for instance, were changes in the Law on Broadcasting which required license holders to disclose beneficiary owners, thereby improving TV ownership transparency. In the past months, the introduction of must-carry and must-offer regulation ahead of the elections has also had an important positive impact in allowing a larger share of the population to access TV stations with news coverage that is critical of the government. The law in principle “requires that service providers must carry certain TV channels with public value content (e.g. channels of the public broadcaster, local channels or channels with national news and current affairs programs) in their packages, while TV stations must offer their signal to service providers without discriminating against selected companies”, as mentioned in TI-Georgia’s report, and its passing was a major win for the advocacy campaign entitled “This Affects You Too”, organised by civil society representatives.

Despite these advancements, TI-Georgia emphasises some recommendations to further improve the TV media environment in the country. The report calls for impartiality and transparency in investigations related to media outlets, thorough investigation of intimidation measures taken against journalists and other media professionals. It also highlights the role of the Georgian National Communications Commission (GNCC) in monitoring the implementation of the must-carry and must-offer regulation and in improving the transparency of license holders’ ownership and the financing sources of broadcasters. Finally, TI-Georgia argues that the must-carry and must-offer obligations should not be restricted to the pre-election period, but should be maintained during and after the elections.

More information is available on TI-Georgia’s website. The picture featured above is from www.metro.co.uk.