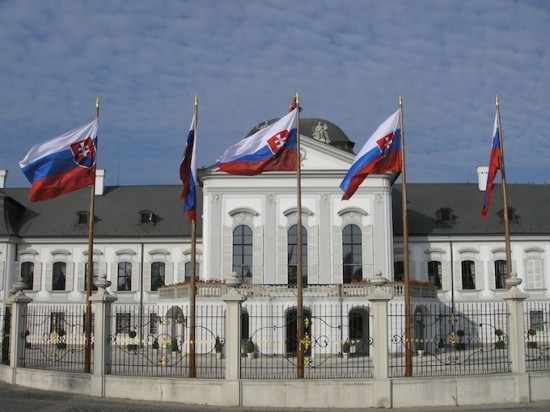 In the past years, initiatives to track, collect, and store public data have multiplied across the world. A global movement for open data has taken shape, boosting the demand for increased government transparency and raising awareness about the right of citizens to check on governments and hold them accountable on a regular basis. However, several questions can be raised about how effective transparency can be in promoting good governance, and under which conditions that may most likely take place. Following this line of inquiry, the Sunlight Foundation, an organisation that supports government openness and transparency, is developing a series of cases studies on success stories in the implementation of technology enabled transparency policies in several countries. The first case study, conducted on the public procurement sector in Slovakia, was released last August and presents important findings regarding the positive impact transparency reforms and some remaining challenges.

The case study was based on numerous interviews, questionnaires and surveys with transparency activists, journalists, scholars, the Slovakian Government Office of Public Procurement and the Slovakian Business Alliance. They were inquired about the extent of corruption in public procurement in the country and the impact of reforms that have been put in place since 2011. According to interviewees, before the reforms corruption was considered to be one of the main barriers to doing business in Slovakia, and schemes to restrict competition for tenders or manipulate results in the contract management phase were the most common types of fraud. However, in response to an update of the European Union (EU) Procurement Directives, and motivated by high profile public procurement scandals, e-procurement and reverse auction mechanisms were introduced to improve the contracting system and the publication of all public contracts on a centralised online platform became mandatory.

According to the study’s findings, the most notable effects of these reforms were strengthening the monitoring capacity of civil society and media. Before data on public contracts were made easily available, the only tool that transparency activists and journalists had to get a hold of such information was to submit requests based on the Freedom of Information legislation, which were not always granted and severely delayed monitoring activities. But more than just facilitating monitoring, increased transparency has dynamised the civil society and media oversight community, leading to a broadening of activities in this area and also to stronger organisational capacity. Additionally, interested citizens are now able to engage directly with this kind of data and assist media and NGOs in their work. Citizen engagement also contributes to strengthen public pressure when corruption is uncovered. Regarding the impact of increased transparency on the occurrence of corruption in public procurement, however, all interviewees agreed that it has not helped to reduce corruption significantly. They pointed out that weak enforcement and accountability mechanisms still allow officials and business people to act with impunity in this area.

The main challenges that still remain are linked to the need for improvement in the format in which data is made available, so that those engaged in social monitoring can access the data in a more effective and time-efficient manner. Until now, a lot of resources have been invested by NGOs to collect and process the data to present them in a more accessible format to the general public, and ideally this should be the starting point from the sources of data themselves. An improvement in this direction would lower entry barriers in the oversight process even further.

Overall, the Slovakian case supports the idea that transparency may be necessary, but not sufficient to fight corruption effectively. In the absence of strong institutional avenues for enforcement and accountability, transparency contributes to strengthen public pressure, but this is not always enough to guarantee that corrupt practices have consequences for those involved.

The series of case studies will continue with the publication of analyses of public procurement in the Philippines, at the national level, and in Tamil Nadu, India and Sydney, Australia, illustrating the implementation of transparency policies at the sub-national level.

(The picture featured above is from sunlightfoundation.com.)