The conference “Understanding Governance Virtuous Circles: Who Succeeds and Why” (July 8-12, 2015, organized by the Hertie School of Governance (HSoG) and the European Research Centre for Anti-Corruption and State-Building, ERCAS) got off to an intriguing start here at the European Academy Berlin. The aim of the event – with the biggest names in the international anti-corruption discourse in attendance – is to identify patterns that have led to national success stories (“virtuous circles”) in fighting corruption. In a nutshell, this is the task of the project EU FP7 ANTICORRP (Anticorruption Policies Revisited: Global Trends and European Responses to the Challenge of Corruption), which is a large-scale research project funded by the European Commission and led by ERCAS.

ANTICORRP has identified seven success stories in good governance that have led to low levels of corruption in those countries. One of these is Estonia, the small Baltic country that liberated itself from the Soviet Union in 1989-90. Can it be copied? Or lessons learned from it? Was Estonia’s model an accident of history – or something that can be applied elsewhere? To what extent does human agency play a critical role? What makes these reforms sustainable?

In a video presentation of a wide-ranging interview with Alina Mungiu-Pippidi of the HSoG, Estonia’s former prime minister Mart Laar, who led the country’s transition out of communism in the early 1990s, outlined the elements that were critical to getting the Estonian Wirtschaftswunder off the ground and sustainable with anti-corruption elements embedded.

Briefly, Laar’s government: 1) made fewer, simpler laws; 2) liberalized (deregulated) everything; 3) introduced open (merit-based) public service; 4) started anticorruption fight at beginning of transition; 5) had laws ready to go (came into office with them in hand); 6) first government came from the anti-communist resistance, highly motivated and unified in purpose; 7) controlled the instruments of the main processes (safeguarding banks from mafias, for instance); 8) sought out local advice that proved better than Western (U.S. American) advice.

In the discussion that followed, the panelists chimed in with the following:

“It’s essential to look at what has worked in the real world but there are no cook book recipes” for beating corruption. Michael Johnston, Colgate University

“Free and fair elections, biometric registration, and a serious electoral commission made an important difference in Nigeria” [where a peaceful transfer of power happened this year]. “Perhaps a virtuous circle is unfolding with the new leader there, as could be the case in Mongolia, too, where the corrupt former president was convicted and sent to prison. But it’s still too early to tell for sure.” Larry Diamond, Stanford University 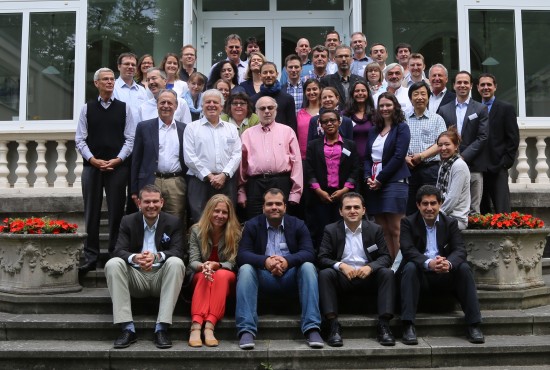