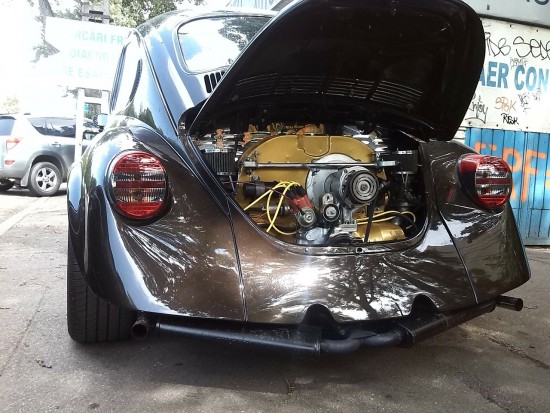 The current scandal around Volkswagen (VW) and possibly other German carmakers rigging emission measurements of their cars should have come as less of a shock to the press and the public. Surveys of German businesses have been already showing appalling levels of business integrity and VW is by far not the only German company involved in fraud and dodgy deals. Only a couple of years ago a special Eurobarometer (Survey on Business Attitudes’ towards Corruption) revealed that over half of businesses in the sample believed that procurement deals in Germany were either inside deals or pre-arranged as a rule. A similar percentage declared that favouritism towards friends and family was widespread in the German business community. These results are far worse compared to the other EU countries often praised as clean (Denmark, Sweden, the UK or France) and closer to the numbers registered in Romania or Italy.

How can such findings be reconciled with the image of a Germany which self-styles its business culture as high on both competitiveness and integrity?

Despite being perceived as one of the world’s cleanest countries according to corruption measurements from the World Bank and Transparency International, Germany has an objective problem with transparency, says Roberto Martínez B. Kukutschka, a researcher from the European Research Centre for Anti-Corruption and State-Building (ERCAS) in Berlin. He authored a report on the situation of public procurement in Germany, comparing it with new member states and Turkey as part of the European funded research project ANTICORRP. He found that the outdated data collection practices, the complex legal framework and the underuse of electronic platforms make the situation very in-transparent. The lack of data obstructs bidders, media and civil society organizations to monitor procurement decisions. This places an extra burden on the federal and local courts of auditors, some of which have issued reports that seem to back the perceptions of the business community, criticizing the practice of contracting authorities which fail to publish data on assigned contracts, or use restricted procedures even when the law calls for open tenders.

VW is naturally not the only high-profile German company that has been prominently linked to fraud and corruption. ERCAS has just published a working paper by Jennifer Kartner and Carolyn Warner, two American scholars, arguing that the penetration strategies of Siemens AG to foreign markets are adapted to local corruption syndromes and this is not unique among multinationals.

The paper argues that multinationals which engage in transactions in countries with the reputation of being corrupt adjust their market entry tactics according to the host country and play entirely by the local rules of the game. As Siemens alone has been investigated by authorities in approximately 25 different countries, the authors chose Siemens AG as a case and assessed its behavior over four countries belonging to different types of corruption control environments – the US, Italy, Russia and China. They do not claim to assess whether and if Siemens’ tactics have changed since it had been prosecuted and fined by the US and some other countries. However, the authors argue that if a country’s overall corruption has not changed, such multinationals are likely to search for even more camouflaged means of participating in corrupt “markets.” Stopping to do business in those countries, as an alternative strategy, hardly seems to happen. Persistent investors in notoriously corrupt countries thus become subsidizers of a vicious circle of poor governance.

“It’s easier for corrupt behavior to spill over borders than for integrity”, says Alina Mungiu-Pippidi, Director of ERCAS and a Professor at the Hertie School of Governance. “Control of corruption is a nationally built equilibrium, a system built over a long time to constrain powerful people from cheating on competition and stealing public resources. This was not well translated in the era of globalization because such barriers are mainly national, so a whole land of opportunity opened up”. Corruption is frequently justified by the need to “open markets” to companies when dealing with more corrupt countries which control access. But this has led to fraudulent practices becoming increasingly accepted in the context of ever more competitive markets.

Mungiu-Pippidi, who edits a yearly anticorruption report funded by the European Commission, says that the Germans need to shake off complacency. “This is a country where young mothers shout at foreigners if they cross the street on the red light, even when no car is in sight, because they give a bad example to their kids,” she remarks, “but it’s not just integrity on the street which needs permanent monitoring, or good practices melt away. Corrupt practices of top German businesses have been going on for years due to lack of transparency and insufficient public scrutiny. Young Germans need to act fast, or they might discover that German business integrity is a myth from the time of their grandparents.”