The EU is many things: a civilization ideal to emulate, an anchor of geopolitical stabilization, a generous donor, and a history lesson on cooperation across nations. A fixer of national governance problems, however, it is not. In this book, Mungiu-Pippidi investigates the efficacy of the European Union’s promotion of good governance through its funding and conditionalities both within the EU proper and in the developing world. The evidence assembled shows that the idea of European power to transform the quality of governance is largely a myth. From Greece to Egypt and from Kosovo to Turkey, EU interventions in favour of good governance and anti-corruption policy have failed so far to trigger the domestic political dynamic needed to ensure sustainable change. Mungiu-Pippidi explores how we can better bridge the gap between the Europe of treaties and the reality of governance in Europe and beyond. This book will interest students and scholars of comparative politics, European politics, and development studies, particularly those examining governance and corruption.

“A blistering and contrarian critique of EU anti-corruption efforts from one of the field’s leading authorities. Based on extensive quantitative data spanning both EU member states and a large number of the union’s external partners, the book’s findings have troubling implications for the future of EU good governance strategies – and deserve to be considered with the utmost seriousness.” 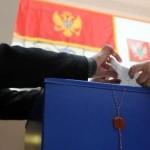 On 25 May, Montenegrins will vote in local elections in a number of cities including the capital, Podgorica. Analysts are framing the election as a “test” for the ruling Democratic Party of Socialists (DPS). In the run-up to the elections, Montenegrin civil society has been monitoring and reporting a number of irregularities. In the middle of March, the organisation MANS (The Network for the Affirmation of the NGO Sector, an ERCAS network organization) filed criminal charges against several members of the party for alleged abuses of electoral law.

Following local elections in Berane in March, MANS reported that long lists of residents received “so-called one-time financial assistance” from the local boards of the DPS (Democratic Party of Socialists).” The party is also accused by MANS of padding electoral rolls with “eligible voters” who in fact live abroad or are even deceased. Parties who wish to participate in the May elections had until the end of April to file their electoral rolls.

Montenegro held presidential elections in 2013 which were marred by allegations of fraud. Both incumbent candidate Filip Vujanovic (DPS) and challenger Miodrag Lekic (Democratic Front) claimed victory with the latter demanding a full vote recount. Vujanovic, who was seeking his second presidential term, was declared the victor by the Montenegrin Electoral Commission. The Organization for Security and Cooperation in Europe said that “from a technical standpoint the election was administered in an efficient manner and fundamental rights were mostly respected.”

According to an IPSOS poll in February 2014, 47% of Montenegrins do not think that elections in the country are free and fair. 48% of those who do trust in the elections are registered with one of the ruling parties.  In order to try and improve voter trust in the electoral process, Center for Democratic Transitions (CDT, also an ERCAS network organization) drafted a code of conduct which all political parties have now signed. The agreement consists of four parts, the first declaring the right of all participants to disseminate their political views, the second declaring that parties will not engage in voter intimidation or padding of electoral rolls, the third stating that parties will advocate nonviolence and the fourth stating that parties will commit to not abusing power.

Milica Kovacevic, editor of the CDT portal, observed: “The upcoming elections are definitely more than just local elections. 30% of the Montenegrin population lives in Podgorica, and many believe that a change of power at the local level may lead to a change in the national government. These elections are test for all political parties, because it is like a mid-term test of their strength. The results of that test might decide whether extraordinary parliamentary elections are needed.”

In addition to their work in engaging political parties to improve voter trust, CDT is also helping to hold candidates accountable. In their Journal of Promises, (part 1 here, part 2 here, part 3 here) CDT researchers have compiled campaign promises made by candidates which will be evaluated after the candidate has been elected.

Montenegro applied to join the EU in 2008 and started negotiations in 2012. Progress reports have been positive, but the country has been called upon to ensure media freedom, women’s rights, corruption and organized crime.

In June 2012, Centre for Monitoring and Research CeMI has started with implementation of the project “Improving Coordination and Information Flow in Prevention of Corruption in Montenegro” with support of the USAID, through the program Good Governance Activity in Montenegro.

Aim of this project is to increase transparency of the processes of financing of political parties, electoral campaign and processes of public procurement, through creation of common informational platform that would encompass databases of the Commission for Prevention of Conflict of Interests, State Electoral Commission, State Commission for Public Procurement, the Directorate for Public Procurement and Registry of the Commercial Court. Target groups of this project are the organizations of civil society, media and state institutions, which will, through utilization of this database, improve their efficiency in fight against political corruption.

This project will be implemented in three phases. In the first phase a database for the State Electoral Commission will be created and connected with the database of the State Electoral Commission, while in the second part of implementation, remaining databases of the State Commission for Public Procurement, Directorate for Public Procurement and Registry of the Commercial Court will be linked to the platform, in which will already exists register of members of main boards of political parties.

In third phase of the project, a manual for use of this platform will be created and distributed and four workshops for representatives of CSOs, media and state institutions will be held.  Each of these institutions has supported the idea of database linkage and signed memorandum of cooperation which foresees possibilities of utilization of data from each individual database.

The Center for Monitoring and Research CeMI, in December 2012, has started the implementation of the project “Fight against Corruption in Healthcare System in Montenegro” which is supported by the German Embassy in Podgorica. This is the first initiative of civil sector to open the question of corruption in the healthcare system in Montenegro, including all interested stakeholders, decision makers, civil society and media.

The NGO MANS Network for Affirmation of the Non-Governmental Sector has published a report on irregularities that the organisation has uncovered in its monitoring of the last parliamentary elections in Montenegro, which took place on 14 October 2012. The problems described in the report refer largely to inconsistencies in the voter registry and to the abuse of state resources in the pre-electoral period, in disrespect to provisions of the new Law on the Financing of Political Parties.

In a review of voter lists submitted to the central registry, MANS pointed out more than 14,000 duplicate registrations, and over 6,000 deceased that are still registered as voters. Overall, the organisation identified more than 25,000 doubtful voter registrations, close to 5% of the total number of voters in the country. Based on this figure, MANS warned against the danger of these registrations being exploited for electoral fraud and in the end significantly distorting election results. Politicians from the opposition also expressed their concern with this issue. In a press interview, Velizar Kaludjerovic, a representative of the socialist party SNP said: “Duplicate voters are not the only irregularities in the register. Only in Montenegro you can find that there are 512,000 voters registered in the election register, while the 2011 census showed 474,655 adult citizens in Montenegro”.

Other violations pointed out in MANS’s report were connected to the political finance legislation’s ban on increased public spending and on new hirings by government agencies during the electoral period. Through dozens of requests based on freedom of information legislation, MANS received and analysed data on budgetary spending from several government agencies and found evidence that specific social benefits, such as housing assistance and benefits for the purchase of school textbooks, and delayed compensations by the government were disbursed during the electoral period. Their monitoring also uncovered evidence that these benefits were potentially paid out based on political allegiance to the ruling coalition. Regarding advertisements for new hirings in the public sector, the organisation identified over 120 jobs ads by government agencies, including for temporary hiring. MANS also reported the unlawful involvement of public officials in campaign events.

The report also showed how the new legislation on political finance has altered the behaviour of private companies in their relationship to politicians. According to the new law, companies that have had contracts with the public administration in the past two years are prohibited from making any donations to political parties; this is also valid for individuals representing or managing the company. In light of the new restrictions, such companies have started to make “donations” directly to governments during the elections, in that they finance and conduct public works such as the construction of roads and government facilities without public tenders, while the inauguration of the new facilities is used by government representatives as campaign events.

The report’s findings are a clear example of the gap between legislation and implementation that exists in Montenegro, similarly to several other developing countries. Despite successful efforts to improve legislation, corruption and misuse of public resources to benefit government parties continues to be a major problem in the country. In its watchdog role, MANS has attempted to contribute also to improve enforcement of the existing legislation, but has faced resistance from the authorities. The organisation has filed complaints and reported the identified irregularities to the State Electoral Commission (DIK) and the State Auditing Agency (DRI), which are established in the Law on the Financing of Political Parties as responsible for implementing the legislation, but these authorities have declined jurisdiction to handle the reported cases. The State Prosecutor’s office also declined responsibility to prosecute the cases, except those related to excessive budgetary expenditures. Since the law establishes somewhat vague criteria on how to handle violations, prosecution depends on the will of existing institutions, and there is much discretion regarding the applicability of punishment.

The organisation has submitted the report to several foreign organisations, including the delegation of the European Union in the capital Podgorica, ambassadors of EU member states and the USA, as well as the delegations of the UN and OSCE in Montenegro.

The picture featured above is from SETimes.com and is credited to Reuters.