Netherlands is one the best governed countries in the world and in top 5 of IPI. Its bureaucracy and judiciary are autonomous from the political power and its number of e-citizens is among the highest in the world. Its public accountability mechanisms are however light and based on a culture of trust. Still, international scandals related to companies registered in Netherlands or top politicians in EU institutions suggest that the Dutch near perfect governance does not translated well across borders. The remedies are the implementation of international anti-bribery conventions and the adoption of transparent and far more exhaustive financial and conflict of interest disclosures for public officials.

According to the 2013 Global Corruption Barometer, two out of three from the 114,000 respondents in 107 countries consider that favoritism is the rule not the exception in public service (with only a quarter having resorted to bribes in the year previous to survey) and over 50 percent believe their governments is captured by vested interests and that corruption has increased, not decreased in the last year. 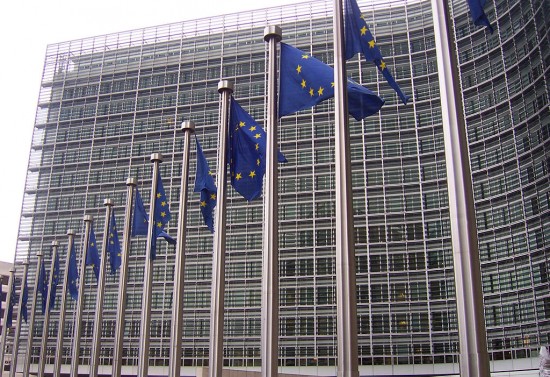 According to Ms. Terry Lamboo, advisor at the Ministry of the Interior and Kingdom Relations: “The Ministry supports practices that advance evidence based integrity policies and transparency. It aims to do so within the Netherlands, but also as part of the international dialogue on integrity and anti-corruption policies for the public administration. The Ministry willingly participates in discussion and exchange of experiences between countries.” The results of the project can also assist in the preparation of the Dutch Ministry of the Interior and Kingdom Relations for assuming presidency of EUPAN  in 2016.

ERCAS director Professor Alina Mungiu-Pippidi, PhD, and Post-Doctoral Researcher Dr. David Jancsics will direct the research which will be conducted in collaboration with the Corruption Research Center Budapest, Hungary; The School of Communication and Media (SKAMBA), Slovakia; and the Center for the Study of Democracy, Bulgaria. The report on the Integrity and Trust in the EU will be delivered to the Dutch government in May 2015.

“My team and I are delighted to have been awarded this project, said Mungiu-Pippidi. Time and again research on corruption is simply behind the policy curve. With this project we have also been awarded a great opportunity to assist the Dutch government in understanding the relationship between good governance and public trust.”

In examining the relationship between trust and governance, researchers consider not just public perception of corruption, which has come to include an increased understanding of what the public understands as corruption as well as their perception of the government’s ability to control it. Often, the results of public surveys on corruption contradict official records of corruption. According to recently published ANTICORRP research, instead of giving an assessment of how well corruption, as defined by criminal codes, is controlled, respondents are often giving an assessment of their own society’s general capacity to enforce a “level playing field” for all citizens where the “rules of the game” and “who gets what” are transparent and perceived to be fair.

In addition to their work with the EU FP7 ANTICORRP project in assessing the effectiveness of anti-corruption policy ERCAS researchers were previously commissioned to do a study for NORAD (Norwegian Agency for Development Cooperation), “Contextual Choices in Fighting Corruption.”