Zimbabwe has lagged behind on good governance in the past ten years, although some small progress was made on judicial independence and e-services offered. The deep power asymmetry inherited from the Mugabe regime and the extremely low number of e-citizens do not promise less capture of the state in the future. 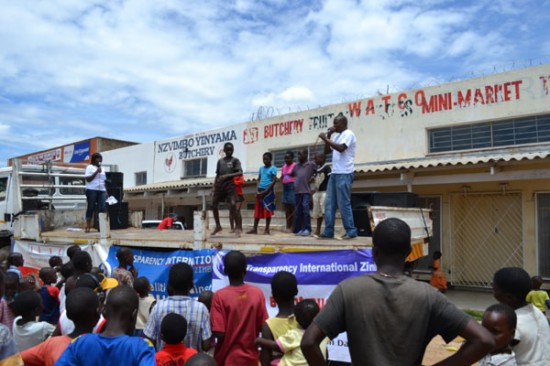 This mobilization was motivated by citizens’ discontent with common power cuts in the country for over a decade. Households and business sometimes have to deal with days or even weeks of power shortage. However, despite evident problems in service delivery, electricity bills have remained high.

The petition came about after individuals from many communities sought assistance from the legal advice center maintained by Transparency International’s national chapter in Zimbabwe. After an unsuccessful attempt to solve the problems by contacting the involved authorities, the organization held meetings at a number of communities to discuss their problems and complaints.

Based on the issues most commonly raised – inaccurate billing method, frequent shortages and bribe requests to prevent disconnection of electricity lines from households – the TI chapter helped citizens to draft the document that will be delivered to the state-owned Zimbabwe Electricity Supply Authority (ZESA), the country’s only power supplier. More than 2300 people have already signed the petition and another 3000 are still expected to add their support to the initiative.

The full story is available on the article “Power failure in Zimbabwe – taking to the street against corruption”, published on Transparency International’s blog. The picture portrayed here is also featured in the article.