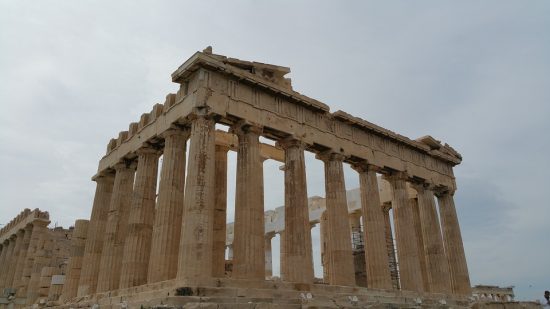 On 24 October 2016, ELIAMEP organised a conference entitled ‘Controlling Corruption in Greece and in Europe’. The conference took place in the framework of the Anticorrp project (www.anticorrp.eu) and served to present key findings of the research that was carried out in its context.
The conference started with a brief presentation of Anticorrp by Dia Anagnostou, Assistant Professor at Panteion University. Nikiforos Diamandouros, European Ombudsman for the period 2003-2013 and member of the Academy of Athens, offered some welcoming remarks. Alina Mungiu-Pippidi, professor of policy analysis and democracy at Hertie School of Governance, then took the floor. According to evidence from comparisons across countries, effective control of corruption requires more than the adoption of specific tools and strict legal regulations. It relies on a balance between a state calibrated to reduce opportunities for corrupt practices and a society’s capacity to hold its government accountable. The public integrity index that has been produced as part of the project seeks to reflect the balance of measures required. It consists of 6 components: judicial independence, administrative burden, trade openness, budget transparency, e-citizenship and freedom of the press. Maria Gavouneli, Assistant Professor at the National Kapodistrian University of Athens, subsequently discussed the characteristics that domestic legislation needs to have in order to be able to effectively curb corruption.