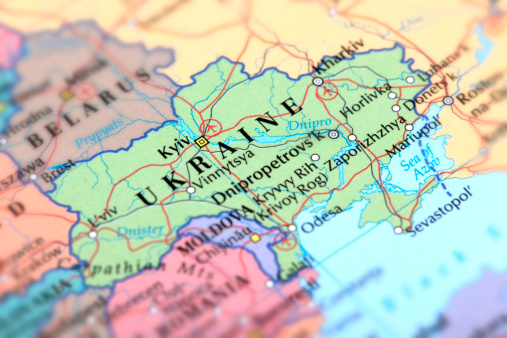 Join us in two new episodes of the series Democracy Promotion after Afghanistan with discussions on how to salvage Ukrainian democracy and the implications of the recent events to the region.

Eight years on from Ukraine’s Revolution of Dignity, the Ukrainian choice for the West is paid dearly. How did we get here? How did Ukraine, once the closest country to Russian Federation from the Eastern bloc, come literally under attack from Russia? What is the future for Ukraine in its current borders, and for European security? Can the world be put to rights again without a third world war? And how does Ukrainian civil society cope with the most terrific threat to lives, statehood and democracy in Europe? Join us to listen to the insights of two Ukrainian experts, Dr. Iryna Solonenko (Zentrum Liberale Moderne) and Orysia Lutsevych (Head of the Ukraine Forum at Chatham House).

Can Warmongering Autocrats Be Overthrown?

The Russian-Ukrainian War is labelled as the most important challenge to European security after the 2nd World War. While its scale scares the entire continent, its precedents, such as the recent Azerbaijan-Armenian conflict and the post-Soviet wars, also resulted in many deaths and displacements. Why is instability so persistent in former Communist Europe? Why are warmongering leaders so resilient? Can Putin be toppled as Milosevic was? Join us for a discussion on resource curse and what can democracies do to help domestic oppositions with two woman academics who are also civic activists, exiled Leyla Aliyeva (Azerbaijan, Bosch Fellow) and Prof. Louise Shelley (GMU), an expert on terrorism and illicit finance in the post-Soviet world. 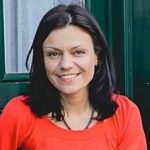 Dr. Iryna Solonenko is a Senior Fellow at the Center for Liberal Modernity (LibMod) in Berlin. Her expertise focuses on Ukraine – its reform process, the nexus between wealth and political power, European integration, and foreign policy, and partly on the European Neighbourhood Policy/Eastern Partnership. She was an associate fellow with DGAP from May 2015 to February 2021. Since 2012, she has also been a researcher at the European University Viadrina, Frankfurt (Oder) and an expert on Ukraine of the Bertelsmann Transformation Index. Between 2000 and 2012, she worked with the Open Society Foundations in Ukraine as the director of the European Program and as a project manager for the East-West Institute in Kyiv. She studied history, international relations, European studies and public administration at the National University Kyiv-Mohyla Academy, Academy of Public Administration in Ukraine, Central European University and Birmingham University. 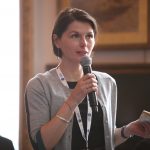 Orysia Lutsevych is Head of the Ukraine Forum in the Russia and Eurasia Programme at Chatham House. She has been an Academy Robert Bosch fellow and published the influential paper How to finish a revolution: civil society and democracy in Georgia, Moldova and Ukraine. She focuses on social change and the role of civil society in democratic transition in the post-Soviet region. Her recent research analysed Russia’s use of proxy NGOs in achieving its foreign policy objectives. Prior to joining Chatham House, she led the start-up of Europe House Georgia and was executive director of the Open Ukraine Foundation. She consulted the Council of Europe, the European Endowment for Democracy, the UK FCO, USAID, the PACT Foundation and the Open Society Foundations. She holds master’s degrees in International Relations from Lviv State University and Public Administration from the University of Missouri. 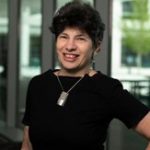 Dr. Louise Shelley is the Omer L. and Nancy Hirst Endowed Chair and a University Professor at George Mason University. She is in the Schar School of Policy and Government and directs the Terrorism, Transnational Crime and Corruption Center (TraCCC) that she founded. She is a leading expert on the relationship among terrorism, organized crime and corruption as well as human trafficking, transnational crime and terrorism with a particular focus on the former Soviet Union. She also specializes in illicit financial flows and money laundering. She was an inaugural Andrew Carnegie Fellow. Her newest book written while on the Carnegie Corporation and Rockefeller Foundation Bellagio Fellowship, Dark Commerce: How a New Illicit Economy is Threatening our Future, on illicit trade, the new technology and sustainability was published with Princeton University Press in November 2018. Dr. Shelley received her undergraduate degree cum laude from Cornell University in Penology and Russian literature, holds an M.A. in Criminology, and a Ph.D. in Sociology, both from the University of Pennsylvania. 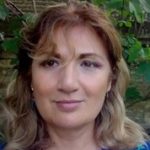 Dr. Leyla Alieva is an affiliate of Russian and East European Studies at University of Oxford’s School of Global and Area Studies (OSGA), where she previously was a member of the Senior Common Room of St. Antony’s College. Alieva was the co-founder and director of two independent think tanks in Baku, Azerbaijan. As an expert on the former Soviet Union, European Union, and Euro-Atlantic integration, she has been a frequent speaker at international symposia and conferences, including ministerial meetings of the EU and the European Parliament. Leila Alieva was awarded research and teaching fellowships at Harvard University, UC Berkeley, National Endowment for Democracy in Washington DC, and NATO Defense College in Rome, among others. Her articles and books on conflicts, security, and democratization in the oil-rich states were published widely, including in the Oxford University Press, Sharpe Books, Jane’s Intelligence Review, and the Journal of Democracy. Alieva studied Psychology at the Moscow State University where she also received her PhD.