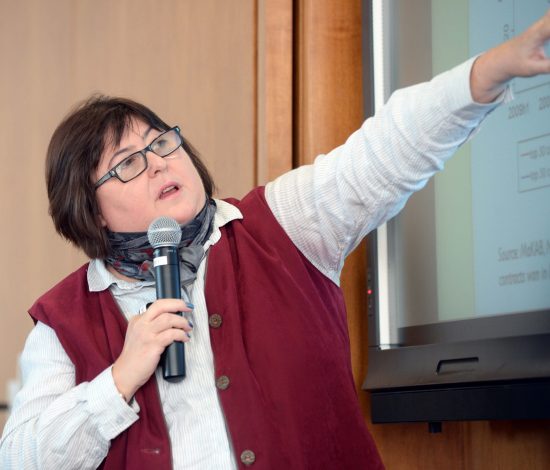 Online teaching comes with its perks. This semester, ERCAS invites you to join Prof. Mungiu-Pippidi and her guest speakers in discussions about success stories and backsliding in democracy and good governance, as well as the more permanent challenges to measurement and change tracing.

To register for the lectures, please send us an e-mail (ercas.berlin@gmail.com) at least 48h before each event. You will then receive an invitation to join us at Microsoft Teams.

These events are limited to the Hertie School community and ERCAS’s partner universities. Students are especially encouraged to attend.

Thu, Mar 4, 5pm – 6pm CET
Is democracy really in decline? How can we measure that?
U
nderstanding the evidence on democracy backsliding with Svend-Erik Skaaning

Skaaning is Professor of Comparative Politics at Aarhus University. His publications include Varieties of Democracy: Measuring Two Centuries of Political Change (Cambridge University Press, 2020) and Democracy and Democratization in Comparative Perspective: Conceptions, Conjunctures, Causes, and Consequences (Routledge, 2012). Skaaning is also the project manager of Varieties of Democracy (V-Dem) and the principal investigator of Disentangling Scandinavian Democratic Exceptionalism.

Dr. Nodia is a Georgian political analyst who served as Minister of Education and Science in Georgia during 2008. He is Professor of Politics and Director of the International School of Caucasus Studies at Ilia State University in Tbilisi; and chairs the Caucasus Institute for Peace, Democracy, and Development, a think tank he helped to found. His books include The Political Landscape in Georgia: Political Parties: Achievements, Challenges, and Prospects (Eburon Academic Publishers, 2006) and Lurching to Democracy: From Agnostic Tolerance to Pious Jacobinism: Societal Change and People’s Reactions (Nomos, 2000).
Mon, Apr 19, 5pm – 6pm CET
Culture and development: the case of corruption.
Understanding cultural differences with Robert Klitgaard

Klitgaard is a University Professor at Claremont Graduate University, where he served as the President from 2005 to 2009. He previously served as Dean of the Pardee RAND Graduate School, where he was also the Ford Distinguished Professor of International Development and Security. He also advises governments on economic strategy and institutional reform and has served for many years at the World Bank. His most known books are Corrupt Cities: A Practical Guide to Cure and Prevention (World Bank Publications, 2000) and Controlling Corruption (University of California Press, 1991).
Tue, Apr 20, 5pm – 6pm CET
Syndromes of corruption: from Mayor Daly to Donald Trump.
A talk with ERCAS Board Member Michael Johnston about corruption and politics

Johnston is Charles A. Dana Professor of Political Science Emeritus at Colgate University. He is the author of the four-volume anthology Public-Sector Corruption (Sage, 2010) and of Syndromes of Corruption: Wealth, Power, and Democracy (Cambridge University Press, 2005) – laureated with the 2009 Grawemeyer Award for Ideas Improving World Order by the University of Louisville. Johnston has also served as a senior consultant to the World Bank, the United Nations, the OAS, and the US Agency for International Development.
Thu, Apr 22, 5pm – 6pm CET
What does the pandemic tell us about good governance in Africa?
Dr. Penda Mbow on Senegalese trends and beyond

Dr. Mbow is a historian, activist, and Senegalese politician. Former Minister of Culture of Senegal in 2001, she is currently a Professor at Université Cheikh Anta Diop in Dakar. Involved in civil society for more than 20 years, Dr. Mbow created and leads the Mouvement Citoyen, which provides a framework for young leaderships to promote the ideals of democracy, justice, transparency, and solidarity, and to fight against poverty for a better living environment. She is the editor of Hommes Et Femmes Entre Sphères Publique Et Privée (Codesria, 2005).
This website uses HTTP cookies to improve your experience. Read about our Privacy Policy Accept
Privacy & Cookies Policy