The Corruption Tour Bus (Corruptour) is a unique and disruptive product, designed to create awareness of the shameless government corruption in Nuevo León, Mexico. The past 10 years have been tragic for this prosperous state that once stood out for its sound business and peaceful environment. However, the last government administrations and political parties have partaken in ridiculous corruption scandals that have resulted in increased violence. Vía Ciudadana, a local movement that promotes independent candidates for 2015 elections, is the author this project.

The Corruptour's strategy is to take citizens on a ride to eleven city landmarks that represent the major scandals of the past years: over cost state government buildings (Torre Administrativa), the tragic Casino Royale, where 52 innocent people lost their lives in an act of terrorism and no authority has been prosecuted, and City Hall as the actual mayor, Margarita Arellanes has been accused of proselytism, amongst others.

The narrative of the tour includes the names of the government officials involved, amounts of bribes and extortion and a direct call to action to citizens to eradicate and punish all forms of corruption.

With this project, Vía Ciudadana expects to outrage citizens and understand the relation of government corruption with the damage caused to their state. 2015 can be the year of change, the year where honest and hard-working citizens enter government offices and make a transcendental change. 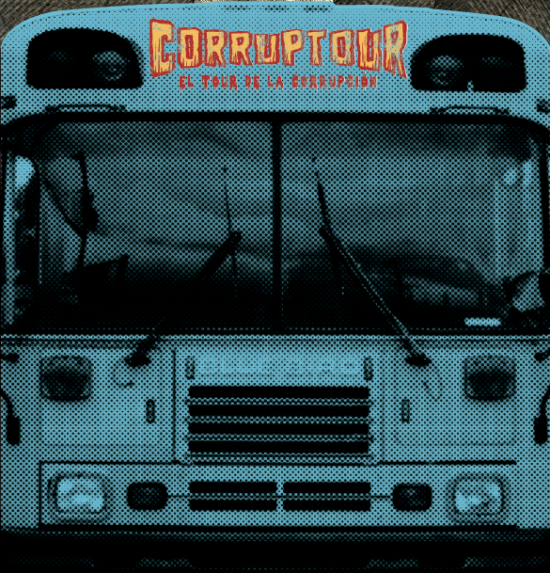