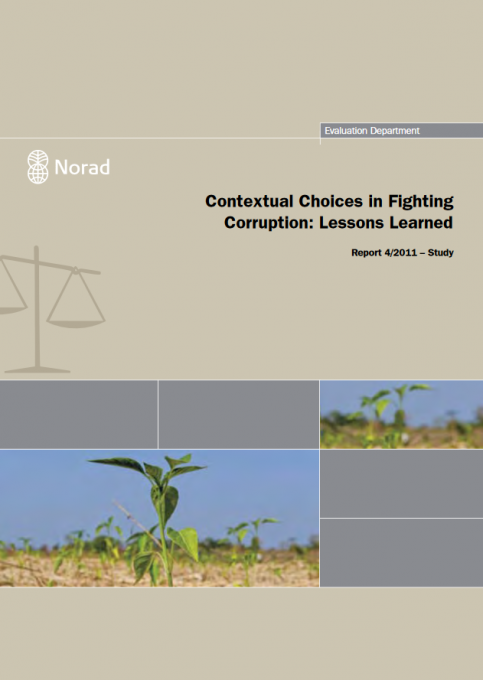 Why is it that despite unprecedented investment in anti-corruption in the last fifteen years and the implementation of global monitoring and legislation, so few countries managed to register progress in fighting corruption? This new report commissioned by the Norwegian Agency for Development Cooperation (NORAD) to the Hertie School of Governance aims to see what could be learnt from weaknesses in current support to ﬁghting corruption at country level and identify approaches that can be more effective in ﬁghting corruption in different governance contexts.

The report revealed that conceptual flaws, imprecise measurement instruments and inadequate strategies are to blame for the lack of progress in fighting corruption. But it also argues that the quest for public integrity is a political one, between predatory elites in a society and its losers and fought primarily on domestic playgrounds. As such, the donor community can play only a limited part and it needs to play this part strategically in order to create results. Based on new statistical evidence, the report recommends cash-on-delivery/selectivity approaches for anti-corruption assistance. Effective and sustainable policies for good governance need to diminish the political and material resources of corruption and build normative constraints in the form of domestic collective action. Most of the current anti-corruption strategies, on the contrary, focus on increasing legal constraints, which often fail because most interventions are localized in societies that lack the rule of law.