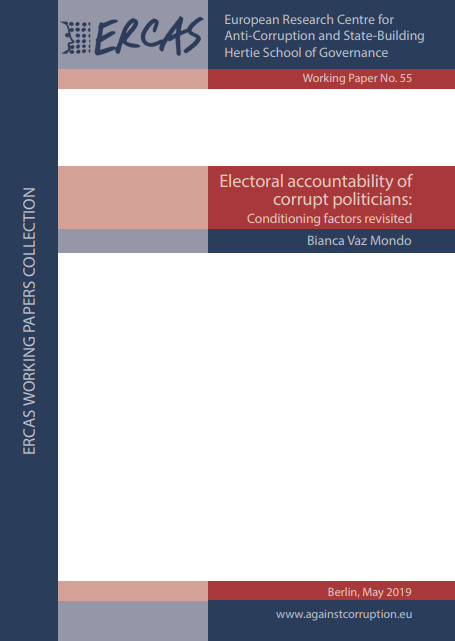 In the past years, a growing literature has examined the impact of corruption accusations on voting behavior and found that, although incumbents appear to suffer some vote share loss after being associated with corruption scandals, a vast majority of them gets reelected nonetheless. If voters do not exercise electoral accountability against corrupt politicians as effectively as democratic theory would expect, what conditions explain this pattern? Which factors favor or hinder their decision to remove corrupt incumbents from office? The literature suggests a number of contextual factors and voters’ attitudes that may condition corruption voting, but most studies examine them in a fragmented way. This paper seeks to address this gap in the existing scholarship on the topic by building a comprehensive model to test the validity of five central hypotheses discussed in previous works. Original corruption data from randomized audits in 383 Brazilian municipalities are used in the analysis. The results provide partial evidence for only two of the hypothesized mechanisms: (a) electoral accountability of corrupt incumbents is weakened by recent positive assessments of their performance in office, in particular in terms of improvements in economic conditions, and (b) voters appear to punish more strongly politicians facing more corruption accusations, but this is conditional on the timing of the audit.