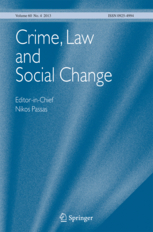 The attempt of this special issue of Crime, Law and Social Change is to reflect on the need and present the evidence of what are the effective elements of a public integrity framework. The origins of this concept are to be found in the original paper by Langseth, Stapenhurst and Pope,1 where a ‘national integrity system’ was proposed as a comprehensive method of fighting corruption. They proposed eight independent pillars needed to fight corruption. Those were public awareness, public anti-corruption strategies, public participation, ‘watchdog’ agencies, the judiciary, the media, the private sector, and international cooperation. This amounted to a mixture of agency from three main areas: domestic civil society including the media and the private sector, domestic horizontal accountability agencies such as watchdogs and the judiciary, and international pressure. It was proposed that even the anti-corruption strategies should be ‘public’, in order to put some constraints on government as it was rightly understood that in a corrupt country the government is the main beneficiary of the status quo of the power establishment, so it can hardly be expected to be the sole or the even the principal actor in anticorruption reforms, at least not if such reforms are to be effective. Langseth, Stapenhurst and Pope’s mixture of agents had a sound logic of accountability, drawing as it did on three sources of agency, all different from government, so in principle able to exercise the constraints essential for control of corruption. Because the main question the anticorruption fighter addresses is not what does control of corruption consist in, but what brings it about.

Our theory presents control of corruption as the equilibrium between opportunities for spoiling and constraints limiting them because this is what statistical evidence speaks for. The essential elements of this equilibrium, transparency, administrative discretion, anticorruption regulation are in turn tested, and interacted with societal participation to arrive at a state-society model of corruption control. In the end, what we identify from all the cases in the world and data for more than two decades is indeed that control of corruption is a holistic equilibrium in every society, but also that one cannot fix a balance without being aware of its existence. This issue brings together a variety of articles, focussing on the different pillars of this theory.